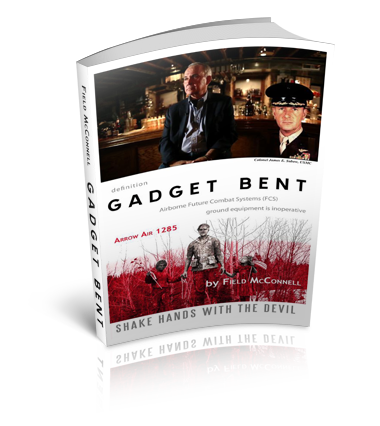 By Field McConnell
Field McConnell, Punahou '67, Annapolis '71. Naval Aviator, Marine Pilot, Air Force F4, F16 Interceptor pilot, flew 29 years for Northwest Airlines until he exposed 9/11 flying events. Then flew in Kazakhstan with Muslim co-pilots for 18 months. Global Operations Director, Abel Danger Private Intel Agency.
websites [ abeldanger.org ] [ abeldanger.net ] Have 100,000 pages of supporting documents.
The author was an international widebody Captain before being coerced to retire 8 years early
in response to his exposure of the technology used on the morning of 9/11 to fly into laser designated targets at WT1, WT2 and Pentagon. United 93 was delayed 41 minutes in departing Newark, NJ and
that delay allowed the 4th target, U S Capitol Building, to remain standing. Those behind the "BAKER'S DOZEN" of airliner hits and 9/11 have been meticulously exposed and will be dealt with for their transgressions. The Bush Crime Family and Clinton Crime Family will have long faces soon. What is soon? Well this book was published on Friday, 6 May, 2016. May 23rd would be a bad day for a certain witch to fly unless it is on her broom.
Need Help?