We are very proud to announce our brand new second location, in Las Vegas, Nevada. This facility will serve the western half of the United States and Canada. 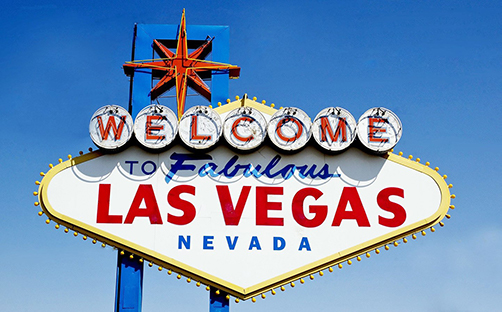 We have so many regular customers on the west coast, we've dreamt about expanding west for many years. And today, we are finally ready to make that dream a reality. Now with TWO production facilities (one east, one west), we’re within two days UPS Ground of roughly 80% of the US population. Here are two maps showing transit times for UPS Ground.

Another major investment to help our customers

When planning our Las Vegas plant, we were very careful to duplicate our Akron facility. We bought the same equipment, the same materials, and found people with the same great work ethic that we have in Akron. This way, we can provide the same exceptional quality books, and continue to meet every deadline, so you’ll get your books on time, and now at an even lower cost!

We'll be spending the next couple of weeks training our new Las Vegas employees, but the Las Vegas facility will be fully functional by the middle of November, just in time for the holiday rush!

We like to joke around here that we try to do at least one thing that’s impossible every day. Well, we really outdid ourselves with this expansion. It was completed quickly, efficiently, ahead of schedule, and under budget. When’s the last time that happened?

East coast customers will benefit, too

By transferring some of our work out to our new Las Vegas facility, we free up capacity in Akron, so we’ll be able to handle more of your Rush and SuperRush orders each day.

Here are a few examples of the savings that you'll see if you're a customer in the western states.

Example 1: Let’s say you need 125 books in Los Angeles ASAP. Before, we would have shipped them Next Day Air, which would have cost $365 in shipping alone. Soon, with our Nevada plant, we’ll be able to ship them UPS Ground for a cost of $24. They’ll still get there the next day, but at a savings of $321.

Example 3: What if you’re not really in a hurry for your books, so you’re just going to go with UPS Ground. The same 400 books out to Los Angeles used to cost $194 in UPS Ground shipping, but soon it will just be $74. And you'll get them three days sooner, too.

Disclaimer: Yes, we recognize that the animated map on our home page makes it look like our new western facility might be somewhere in Utah. It’s not. It’s actually in Las Vegas, Nevada. We thought it was more important to center it on the eleven western states that will benefit the most from it, so we used a bit of “artistic license”.