1 of 2 48 Hour Books will be CLOSED on Monday, July 4th for Independence Day more
2 of 2 Please note: There is an industry-wide paper shortage impacting printers, and UPS's transit time guarantee is still suspended for some services. Click to learn more. more 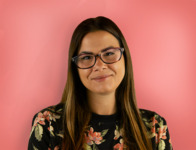 When writing a book, every author strives to develop a compelling story that captivates their readers from cover to cover. And though there are many moving parts when it comes to translating those thoughts into a tangible, readable reality, one of the most fundamental components is none other than the characters themselves.

Overall, characters are the heartbeat of a story - the cornerstone that fuels suspense, provides unique perspectives, and fosters conflict/resolutions. But what truly separates an excellent book/author from the pack is the ability to understand the principles of dynamic characters versus static characters and using that to bring literary characters to life.

Dynamic characters are ones that undergo significant change as the storyline progresses. Perhaps they feel and act one way in the beginning, then over time evolve into something different that contradicts their original characteristics (for better or for worse). Sometimes confused with round characters, which are characters that do have depth, but do not necessarily change; dynamic characters are often the protagonists that feature relatable characterization and internal/external change. These are your characters who have flaws, face life-altering conflicts, have preferences, and are subject to change in surprising ways. In short, any character that is complex by nature, learns lessons, and makes changes in their foundation as a result of various plot twists is identified as a dynamic character.

How Do They Work Together?

In a story, the dynamic characters are generally the most desirable ones for readers as they are designed to be relatable, interesting, surprising, and everything else in between. They essentially drive the story and keep readers on their toes as they manifest throughout. Now, dynamic characters may usually have the spotlight, juxtaposing them with well crafted, intriguing static characters is a highly effective tool for authors no matter the plot.

Summary – A Perfect Blend of Change and No Change

In summary, dynamic characters and static characters are opposites. But in the essence of writing a book, these opposites can very much attract; allowing authors to distinguish characters and helping readers feel that character’s persona. All in all, understanding this connection (and applying it) is key to not just enhancing reader attraction, but ultimately creating a properly balanced story with characters that ascend in the most satisfying way.

Once you’ve written your novel, partner with 48 Hour Books to start the process of self-publishing a book!

Children's Books: Tips for Getting Started Out-of-the-box Book Marketing Ideas for Self-Published Authors Everything You Need to Know About Book Copyright and ISBNs How to Publish a Coloring Book 48 Hour Books Writing Contest: A New Decade!

The State of the Printing Industry: What Exactly is Going On? The Pros & Cons of Publishing on KDP – And Why You Should Work with a Quick Printing Company Instead Self-Publishing a Photo Book: Follow These Steps The No-Cost Book Marketing Guide For Self-Publishers Dynamic Characters vs. Static Characters: Making Them Work Together