Receive FREE UPS Ground Shipping on any order of 100 books or more. Orders fewer than 100 books are not eligible for free shipping. This offer cannot be combined with our “25 Free” special, and is only available for shipments to the contiguous United States or Canada. Free shipping will be applied to UPS Ground or UPS Standard service only; expedited shipping methods are available in most areas but will be billed at full cost. Clients will be responsible for GST and brokerage fees that apply to Canadian shipments. 48 Hr Books uses UPS to ship all orders with the exception of those going to Alaska, Hawaii, or Puerto Rico, which are shipped via USPS Priority Mail. If you’d like to use a different shipping method, you’re welcome to make alternate arrangements — please contact our customer service team.

Need to split ship your order? We can ship to up to 4 different locations for each order! Orders shipping to more than one location will be charged a $10 flat rate for each additional address if shipped via UPS Ground.

Where are my books shipping from? All orders are shipped from one of 48 Hr Books’ two production facilities — Akron, Ohio or Las Vegas, Nevada. It is up to 48 Hr Books’ discretion to determine the appropriate production facility for each order. Check out the UPS shipping map below to see how long UPS Ground will take to get to you once we ship your books. If you need your books faster, you may want to select Next Day Air, 2nd Day Air, or 3 Day Select. It's usually less expensive to upgrade the your PRODUCTION time (to Rush or SuperRush, available on a limited basis) than to upgrade the SHIPPING. We can help make sure that your books get delivered on time. Just give us a call, but be sure to do it before you give final approval of your proofs. 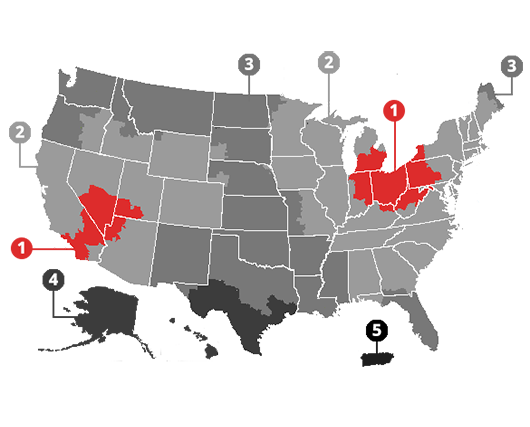 5 Spooky Books to Read This Fall 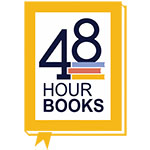 (And their film adaptations!)

Legend has it that in the summer of 1816 in Geneva, 18-year-old Shelley wrote Frankenstein in response to a competition to write the best ghost story, prompted by Lord Byron, in which she won. Frankenstein tells the story of Victor Frankenstein, a scientist who develops a technique to give life to non-living matter. Frankenstein begins building a human, only to be terrified by his hideous creation when it comes to life. The story switches narratives between Frankenstein and his creature, forming interesting parallels between human nature, monstrosity, and alienation. Shelley makes you ponder, “who is the monster?”

Shelley’s masterpiece has inspired many film versions over the years. You can rent the 1931 film adaptation on Amazon Prime!

The Shining by Stephen King

Categorized as a horror novel, The Shining was published in 1977 and was King’s first hardback bestseller. The story tells of aspiring writer Jack Torrance and his family while they act as caretakers of Overlook Hotel in its offseason. Jack’s son Danny begins to have visions of the hotel’s eerie past. The haunted hotel begins to drive Jack mad while they are snowed in, leading to horrific events.

This horror novel was released in 1967 and was quickly followed by a film adaptation in 1968, starring Mia Farrow. The book centers on Rosemary Woodhouse and her husband, Guy. They move into an old New York City apartment. The couple is warned of the apartment building’s history of witchcraft and murder, but they ignore the folklore. Rosemary becomes pregnant, much to the interest of her meddlesome neighbors. She later discovers they are part of a satanic cult and fears for her baby’s life. The successful release of Rosemary’s Baby led to a ‘horror boom,’ popularizing the genre.

Rosemary’s Baby is available to stream on Hulu!

The Exorcist by William Peter Blatty

Following the ‘horror boom’ of the sixties, The Exorcist was published in 1971. The book is based on true events of a young boy who was believed to be possessed by the devil and had an exorcism performed on him by a priest in 1949. Blatty’s novel follows Regan McNeil, the daughter of a famous actress, as two priests attempt to exorcise her of demonic spirits. The successful film adaptation followed 2 years later, with Blatty as a screenplay contributor.

The Exorcist is available to stream on MaxGo or you can rent it on Amazon Prime!

The Haunting of Hill House by Shirley Jackson

This haunted house classic is considered to be one of the best literary ghost stories published in the 20th century and has been adapted for TV and film over the years, most recently as a series on Netflix. The book chronicles an eccentric group of guests staying in Hill House, a mansion known for its violent, deadly past. The guests were invited by a scientist looking for supernatural evidence that the mansion is indeed haunted. As the novel progresses, the guests witness strange and disturbing events.

The Haunting (1999) is available to stream on Hulu and the series, The Haunting of Hill House is streaming on Netflix!

5 Podcasts for Writers and Self-Publishers Marketing Your Book on a Budget Editing: Tips for Getting Started 48 Hr Books Writing Contest: A New Decade! 15 Author Quotes to Inspire Your Writing