Tips for Writing Believable Dialogue for your Self-Published Book 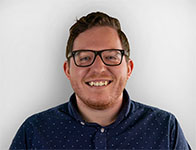 Dialogue is an essential technique in every writer's toolbox. How you use dialogue can make or break your book. Good, realistic dialogue keeps your reader's interest, gets them emotionally invested in your characters, and moves the story along. Bad dialogue can distract the reader and make them put the book down. Below we'll discuss how to format, use, and write believable dialogue.

Keep Your Dialogue Clean and Clear

This is the best place to begin when writing believable dialogue. Consistent and proper formatting ensures the reader isn't pulled out of the book by simple typing errors. The first most basic and widely used way to format dialogue is something like:

“The summers are so beautiful here,” Michelle said.

“No, the summers here are hot,” Brad said.

Another way dialogue is commonly formatted is:

The first part is the exact same as the previous example. However, if the writer wants to add a second line for her character, they can write it like this. The method offers the same clarity as the previous example—the dialogue tag lets the reader know who spoke the first line and also lets them know who is speaking the second. What's less obvious, though, is the sandwiched dialogue tag lends a natural pace and flow as well. Compare the two lines:

“I don't like Brad. He smells funny,” Michelle said.

The second example isn't “wrong,” these aren't set-in-stone rules. Flip through any number of books, you'll find dialogue formatted like the second example. You're free to use either, but the important thing is to use the style that delivers the pace and rhythm a particular line needs to sound realistic. Keep asking yourself, “does the conversation flow naturally and will my reader know which character is talking?” Proper formatting plays a big part in making sure you can answer, “yes” to both of those questions.

We don't think about grammar while having a conversation in our everyday lives. When writing dialogue, your characters don't need to speak in perfect sentences either. People oftentimes leave out a word, speak in incomplete thoughts, and frequently interrupt one another. The grammar you want to get right is what surrounds the dialogue—as we've covered above. When writing inside the quotation marks, you're free to bend grammar rules and let your characters truly speak.

One good exercise for writing believable dialogue is simply listening to people talk. When you are with friends and family or at the store, listen to how those around you talk. Imagine how you might capture their speech on the page.

While we all have our own ways of speaking, don't think every character in the book has to have a unique vocabulary and speech pattern. You'll want to be sure a reader can distinguish between your main from minor characters, though. You can achieve by giving main characters a verbal tick, a common phrase, or irregular speech pattern.

Break Things Up With Action

As you are writing dialogue, think about what your characters are doing. Imagine the scene. What are they doing while the conversation is going on? By doing this, you'll avoid the trap of having two voices talking in a void. Get your characters up and moving about the room. Have them pick something up, take a drink of water, or look at a piece of art on the wall. This is especially true in long scenes full of dialogue. Your reader may become exhausted when reading through five straight pages of conversation. Actions mixed with dialogue will craft a much more believable scene in the reader's imagination.

As much as possible, keep lines of dialogue as short as possible to enhance the realistic nature of the scenes. Avoid large information dumps by your characters. Rarely, if ever, do we speak in long monologues, so neither should your characters!

Past authors wrote in dialect to convey characters that didn't speak “standard English.” Over the years, the writing world has come to see this practice as not capturing the characters' voices, but turning them into caricatures instead. As a result, writing in dialect has gone out of fashion. Instead, simply describe the character's accent. Think of how you can use punctuation to capture the character's voice and speech pattern instead. What you don't want to do is alienate readers. Since it more often than not, portrays characters negatively, it's best to avoid dialect.

The best way to make sure your dialogue is believable, clear, and all the things we've discussed so far, is to read your writing aloud. It doesn't matter whether you read to yourself or to a friend. It's really easy for your eyes to get tricked when writing and editing, but it's much more difficult to fool your ears. Dialogue should sound natural when spoken aloud. If your dialogue seems contrived and cliche to your ear, then it's probably best to rewrite those sections.

To Sum It All Up

Writing believable dialogue is tricky, takes practice, and forces us to juggle several techniques at the same time. Even though we always strive for it, experience tells us our writing will never be flawless. Remember, dialogue should be the most alive and active parts of your story. As you're considering all of these tips and exercises, don't forget the most important one: have fun!

Ready to print and self-publish your book? Get started, today!

Sharing Secrets to Your Success by Self-Publishing a Book Top 10 Mistakes of First-Time Authors (Are You Guilty of #8?) The Book Proofing Process: What You Should Really Be Checking Widows, Orphans, and Other Book Formatting Issues Why You Want (or Don't Want) a Dust Jacket for Your Self-Published Book